google-site-verification=J0ueZsIYQa97Gw1_qpQZhxHJNllmY6nmEk1xBdZVlIg
a signal in the static 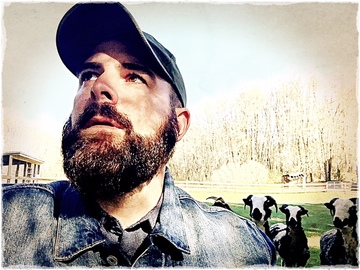 Smith lives on a farm with his wife outside of Kent. Ohio.
A Signal In The Static is a sonic flood whose immense current blurs the line between cleansing and obliterating. The unrelenting, multi-textured wash of synthesizers and heavily processed guitars is propelled by expansive, driving bass and percussion that is equal parts primal and mechanical. Throughout its massive presence, A Future Remembered swells with layers of melody that penetrate its dense landscape and supply a constant tidal force. As the galactic waves surge and dissolve, they purge the earthly terrain in their wake.
Steven K. Smith has more than 20 recording to his name both solo and collaboratively.  He was the founding member of the post rock outfit MABOU from Cleveland, Ohio.  His also worked with Jason Sloan in the acclaimed dark ambient project DOLMEN. In addition to A Signal In The Static he is a member of SPIRICOM with Columbus, Ohio guitarist Marc Cody. Smith lives outside of Kent, Ohio on a farm with his wife and a menagerie of animals.